Oversold in an Uptrend

This system uses Wilder’s Relative Strength Index (RSI) and volatility to detect oversold stocks in an uptrend and tries to buy at the bottom hoping to profit from the inevitable rebound.
To establish whether the stock is in an uptrend I used Linear regression, my custom Volume flow Indicator and a number of other conditions. In the following example below the system detected on the 5th of February 2018 that Adobe (ADBE) was oversold in an uptrend. As you can see the stock was up more than 11% during the next 2 weeks

Overbought in a Downtrend

As you can see the stock was down more than 20% during the next 14 days.
Both systems were designed for daily charts and are available for the Amibroker and Metastock platforms. 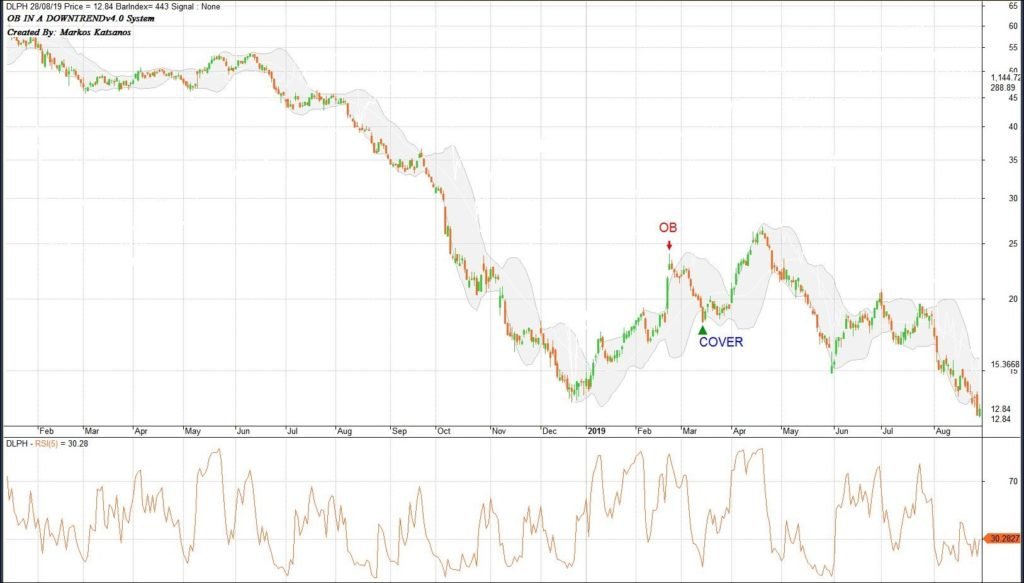 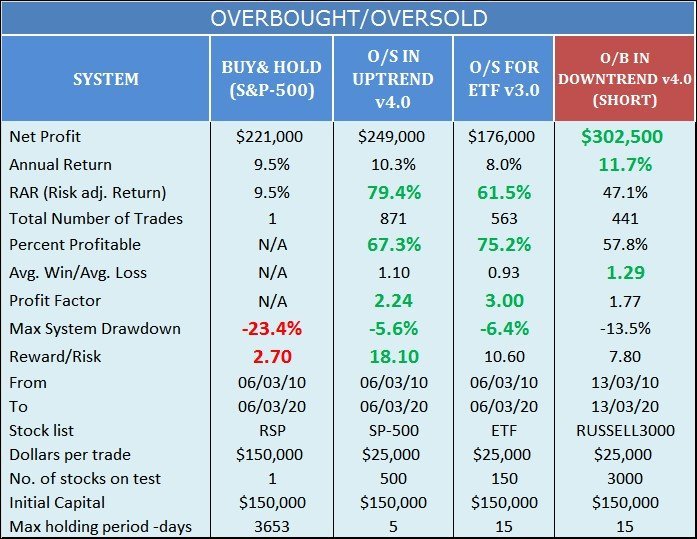