This system tries to detect stocks with high money flow divergence. The premise is that the unwinding of the divergence will result in a breakout.Joseph Granville in his book A Strategy Of Daily Stock Market Timing For Maximum Profit originally published in 1960 recognized that volume was the force that moved markets.H e explained that when the accumulation or distribution of volume occurred without significant price change, the market would react much the same way that a tightly wound spring would. At some point, the market would burst in the way that the spring would, and this action would carry price with it and unleash the potential for dramatic price movement over the next short to intermediate term time periods.Initial versions of this system did not perform well because the divergence condition alone detected mainly depressed stocks in a downtrend and most of them continued the downtrend after a brief rebound.

The new version filters out the weak stocks and in conjunction with my custom FVE indicator detects strong stocks in a temporary weakness that are about to break out. You can purchase the Amibroker or Metastock version by selecting the appropriate tab from the menu at the left.

The system detected a Divergence between Advanced Micro Devices (AMD) and FVE (bottom window in green) and triggered a buy signal on 10/21/19. The stock was up 23% during the next 5 weeks. 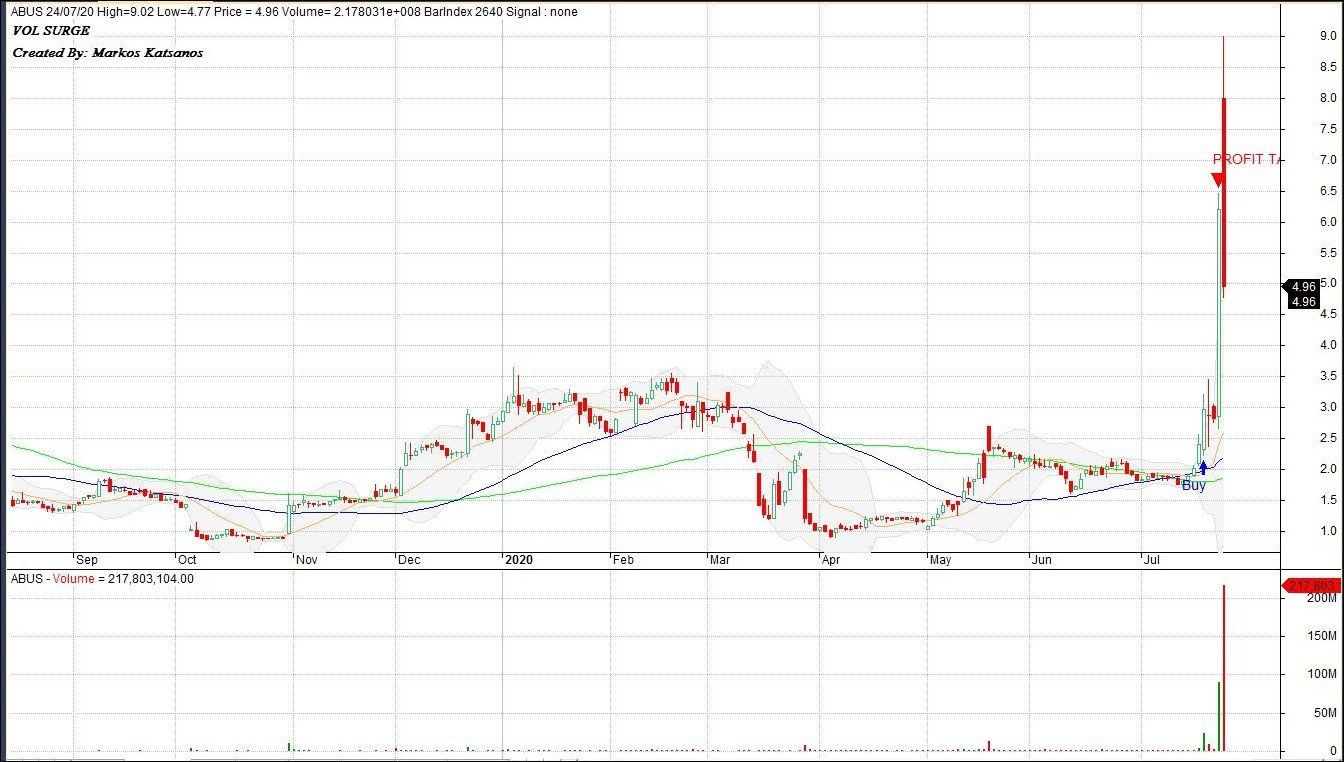 On 20/07/20 the system detected unusual volume for ABUS and triggered a buy signal next day at the open. Two days later the position was closed by the profit target with an 179% profit. 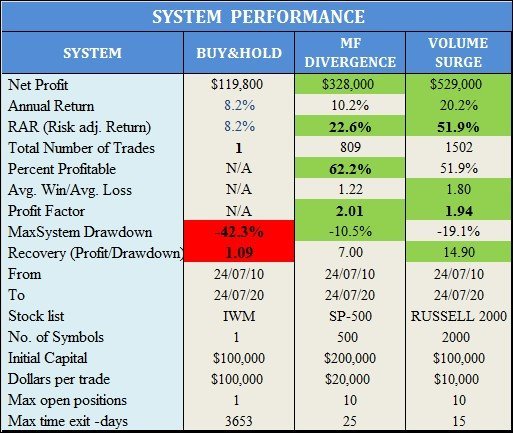 To produce the test results I used Amibroker Pro with the following test parameters:

Entry & Exit next day at the open.